Drones are pretty darn awesome, but that’s not to say they can’t also be troublemakers. Whether it’s delivering contraband to individuals in prison, risking people’s safety by straying into flight paths, or breaching security by snapping photos and video where they’re not allowed, it’s easy to see why there would be demand for anti-drone technologies.

Fortunately for gadget lovers, some of these approaches are every bit as high-tech as the UAVs (unmanned aerial vehicles) they’re designed to bring down.

Here are seven of the most intriguing pieces of anti-drone technology in existence right now. And no, sadly you probably can’t buy most of them as a regular civilian with an eye on annoying your drone-owning next door neighbors.

With a name like “DroneGun,” there’s not too much apparent mystery about this solution — although it’s a bit more nuanced than its blunt force trauma name makes it sound.

Developed by Australian company DroneShield, this bazooka-looking creation works by jamming the signal between drone and drone pilot, thereby grounding unwanted UAVs. The anti-drone weapon tips the scale at 13 pounds, and is reportedly capable of warding off rogue quadcopters from up to 1.25 miles away.

Forget about puny handheld anti-drone weapons: defense giant Lockheed Martin wants to blast offending UAVs out of the sky by using a specially developed giant laser tower like we’re living in the future.

Called ATHENA (Advanced Test High Energy Asset), a 30-kilowatt version of the laser weapon has already been shown off in demos to the U.S. Army Space and Missile Defense Command, where it fried the heck out of five Outlaw drones.

The final version of ATHENA promises to fire anywhere up to a 120-kilowatt laser blast, should your drone problem be big enough.

As satisfying as frying drones in midair with a giant laser might be, there are, unfortunately, occasions on which it might not be appropriate. One example? When a drone is being used in restricted areas, and you want to be able to ground it without losing potentially incriminating evidence.

That’s where Dutch firm Delft Dynamics’ DroneCatcher comes into play. DroneCatcher is essentially an anti-drone drone, capable of locking onto an enemy UAV in the air and then catching it in a net from up to 20 meters away.

Like a ground-based version of DroneCatcher, SkyWall 100 is a net-launching bazooka that promises to bring down an enemy drone from 100 meters away.

Weighing 22 pounds, the shoulder-mounted cannon uses compressed air to fire its net. To keep the drone in one piece (for all the reasons we mentioned in the last entry), it then deploys a parachute to return its vanquished foe to terra firma.

Heck, it even helps out its operator by using predictive algorithms to help lock on to drones which may be moving at high speeds.

Drones pose a real threat to prison security, since they’re capable of easily flying over walls and delivering contraband to folks behind bars. With that in mind, a prison in the U.K. this year installed 2,000-foot “drone shield,” designed to incapacitate law-defying quadcopters.

The Sky Fence system incorporates a number of signal disruptors, designed to jam the flight control signal of drones as they fly by. More impressively, it then makes the drone fly back to where it took off from, giving officers the chance to seize the offending pilot.

Remember that scene in Family Guy in which Peter’s new drone was plucked out of the air by an eagle? It may sound crazy, but that’s exactly the low-tech solution that Dutch cops showed off in early 2016, when they demonstrated how UAVs were no match for the sharp talons and eyesight of one of nature’s most awesome flying predators.

What could possibly go wrong, right? Unfortunately it turns out that the eagles didn’t always do what was expected of them during training sessions, leading to the retirement of this particular approach. We’re not sure whether to chalk this up as a win for nature or machine. We totally give them props for trying, though!

Hacking an enemy drone in midair, before it can do any damage, totally sounds like a set piece from one of the Mission: Impossible movies. In fact, it’s the real world concept behind Maldrone, a security vulnerability demonstrated by researcher Rahul Sasi. The malware can be used to remotely hijack drones, kill the on-board autopilot, and then take control remotely.

The process may not be quite so smooth or instantaneous as some of the other approaches on this list, but there’s certainly something poetic about bringing down a drone with its own vulnerabilities. Hey, it’s not like you’ve always got a net-shooting bazooka when you need one!

Welcome to some weekend fun and entertainment with drones. We spend a lot of time scouring the web for news, information and more on all the great drones around the globe. In our travels, we encounter some fun and funny stuff, and we want to start sharing that with you. Although it’s illegal in most countries, today we will be taking a look at guns mounted on drones.

No matter what the title says, we refer to this as our Good Idea / Bad Idea series, we just figured a new name was in order, suggestions welcome. Let it be known that we do not endorse or recommend anything we will post here, sort of a “do not try this at home” vibe, but somebody tried it, it was interesting or funny and here it is.

Life saving drones – maybe a drone can save you

Drones and golfers – a hole in one from the sky

Next up in our series, let’s explore a more serious topic to do with drones. Drone mounted guns. We’ll see the ease at which they can be made and the destruction and terror they are capable of creating.

Before we begin, let’s get a few things out of the way:

Drone legal and safety
We’ve got all the Best drones here, or check out our master Drone Rush drones list!

Guns and drones do not mix!

I know it sounds like fun, or absolutely terrifying, so you will be either sad or ecstatic to learn that mounting a gun on a drone is wildly illegal. At least in the United States. This isn’t a minor infraction, like jay-walking, we’re talking about serious fines and jail time. From the FAA, the law is based around the illegal act of dropping objects from an aircraft. From your State and local law enforcement, dozens of other laws based on remote operation, firearm safety and ownership come into play. Bottom line, the only way non-military operation aircraft can be equipped with firearms is if the craft never flies.

This video created by an American teen showcases a homemade drone that has been designed to shoot a pistol. This video caused a massive investigation to take place by the FAA to look into the video. This is a perfect example, which shows the ease at which a deadly drone like this can be made, and the hard lessons the creator will learn through fines and even jail time we hope will deter future efforts.

FPSRussia has always brought crazy gun related videos to the world through his YouTube channel. In this video, he gets his hands on a prototype drone that has the ability to shoot. It is equipped with a fully automatic machine gun. Please note putting a gun on a drone is illegal and should not be recreated.

As always, we officially recommend you do not try this at home. We want you to always fly safe, to obey all drone laws, but also to have some fun. Of course, this article differs from the other ones we have written. Saying that, the drones showcased in these videos should not be copied in any way.

If you think this entire series is a bad idea, let us know in the comments below. Otherwise, enjoy the crazy antics caught on film.

What’s next?
We’ve got all the Best drones here, or check out our master Drone Rush drones list! 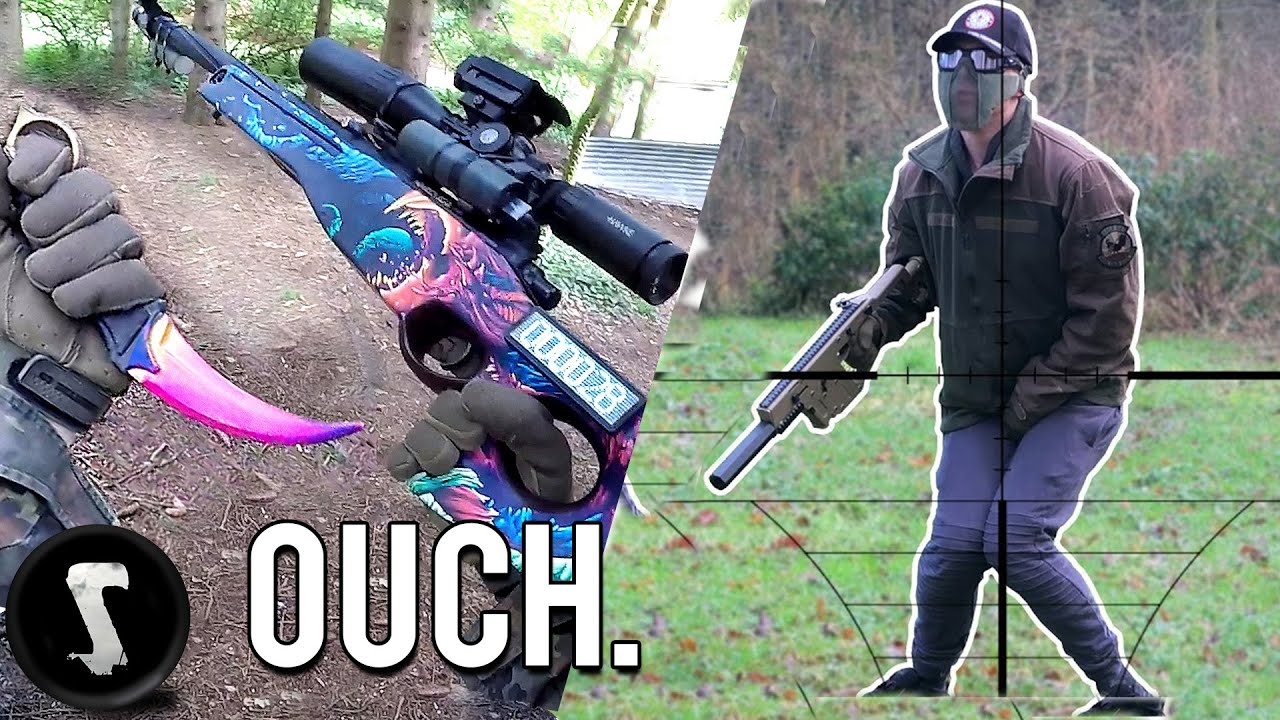 I use and underwater drone to find big fish to bring to my pond!
Get 20% OFF + free shipping at manscaped instantly WWW.Manscaped.Com/Jiggin
WIN MY TRUCK HERE! http://bit.ly/JigginWithJordanMerch
Send all fanmail and stuff here!!
Brandon Jordan
P.O. Box 5330 Lakeland, FL 33807
Follow My Instagram! https://www.instagram.com/jigginwithjordan/
Follow me on TikTok: https://vm.tiktok.com/pUHwVJ/
Check out my HYDE VEST! http://bit.ly/hydeJIGGINvest
For Business Inquiries ONLY Please Email: Jigginwithjordan@gmail.com
underwaterdrone backyardpond drone
About Jiggin With Jordan:
I search for River Treasure in some of the most beautiful places in the world! My friends and I dive down and look for lost valuables and try to get the items back to the owner! We clean up all the trash we find along the way! Join me on all my adventures here on YouTube!!
Exploring BackYard POND With Underwater DRONE!!! ($1,000 Machine)
https://youtu.be/wdHlJ4q4vA
Jiggin With Jordan
https://www.youtube.com/JigginWithJordan
MB01QRKYTUYAFCV 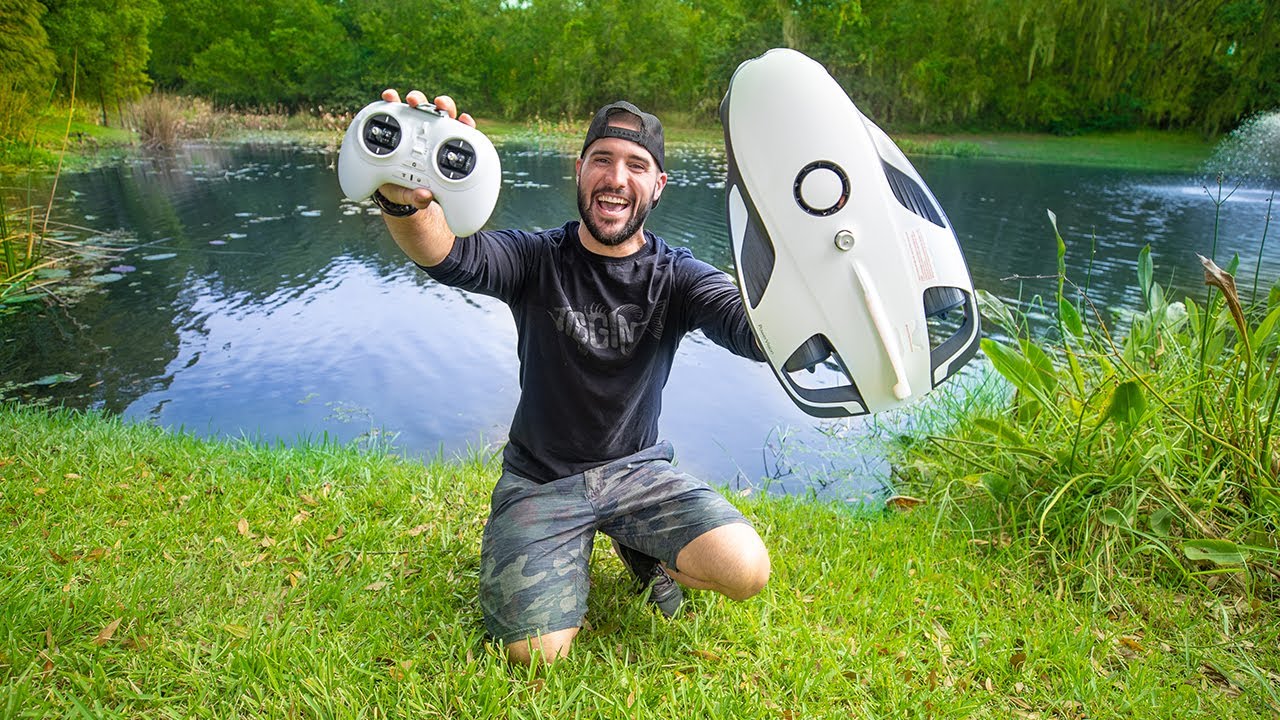 GULF BREEZE, FLORIDA — A Floridabased startup has developed the technology to equip drones with firearms and weaponry that will drastically change the way wars are fought.
­\r
\r
Go to https://www.patreon.com/tomonews and become a Patron now \r
\r
TomoNews is now on Patreon and we’ve got some cool perks for our hardcore fans.\r
\r
TomoNews is your best source for real news. We cover the funniest, craziest and most talkedabout stories on the internet. Our tone is irreverent and unapologetic. If you’re laughing, we’re laughing. If you’re outraged, we’re outraged. We tell it like it is. And because we can animate stories, TomoNews brings you news like you’ve never seen before.\r
\r
Visit our official website for all the latest, uncensored videos: http://us.tomonews.com\r
Check out our Android app: http://bit.ly/1rddhCj\r
Check out our iOS app: http://bit.ly/1gO3z1f\r
\r
Get top stories delivered to your inbox everyday: http://bit.ly/tomonewsletter\r
See a story that should be animated? Tell us about it! Suggest a story here: http://bit.ly/suggesttomonews\r
\r
Stay connected with us here:\r
Facebook http://www.facebook.com/TomoNewsUS\r
Twitter @tomonewsus http://www.twitter.com/TomoNewsUS\r
Google+ http://plus.google.com/+TomoNewsUS/\r
Instagram @tomonewsus http://instagram.com/tomonewsus 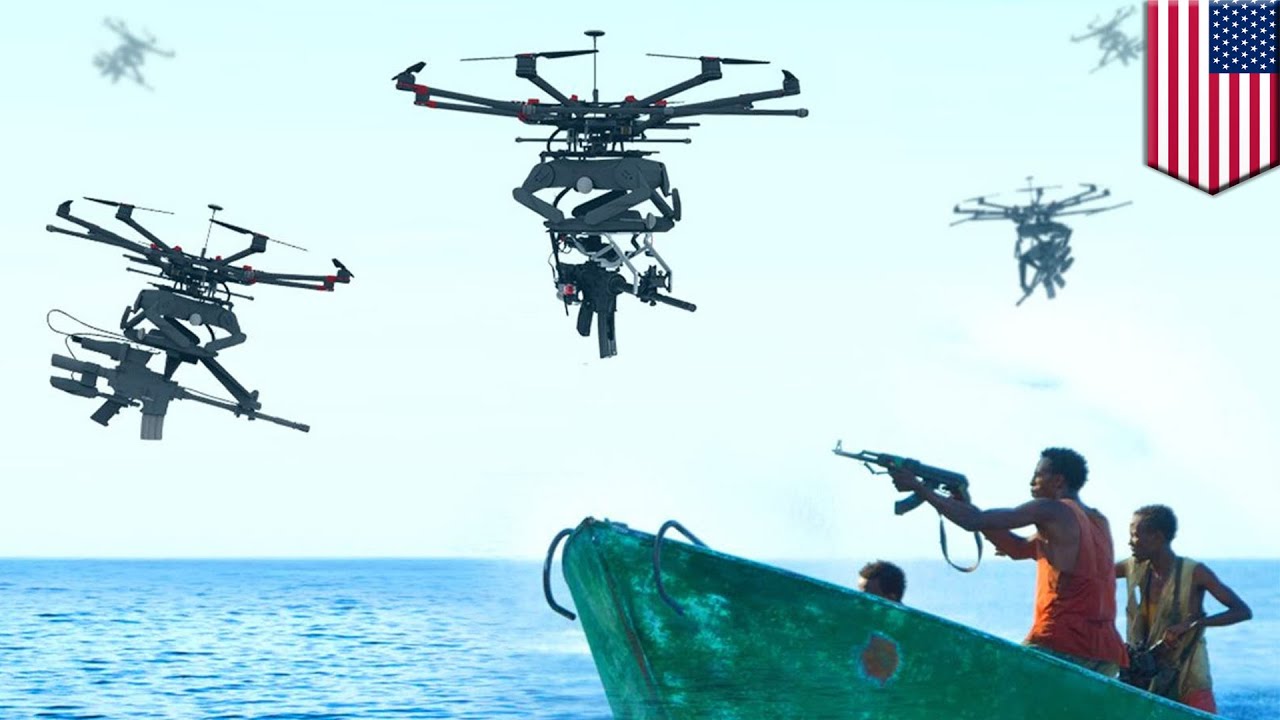 10 Most Insane Military Drones In The World

Military drones are increasingly used in special operations. They allow reconnaissance from the air, and, thanks to their small size, sneak unnoticed deep into enemy formations. There are also drones that can not only carry out reconnaissance and surveillance, but also fire. Today we will not talk about large unmanned aerial vehicles, but show you the 10 smallest and practical military drones in the world!
For copyright matters please contact us at: ytproductionvideo@gmail.com 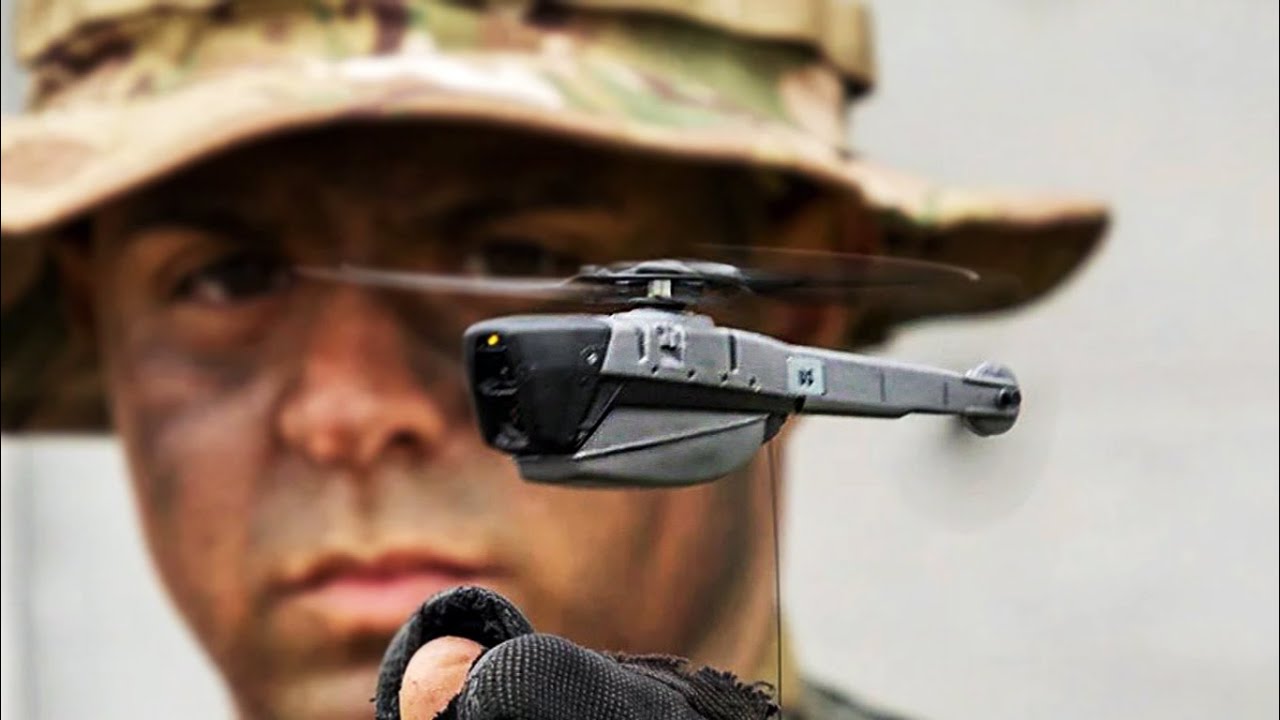 👉Subscribe Now: https://goo.gl/P9NGF5
✅Youtube: https://goo.gl/RvfzEm
✅Twitter: https://goo.gl/1DQmqA
👤Project Author: Dahir Semenov
Web: http://www.dahirinsaat.com/en/
FB: https://www.facebook.com/DahirSemenov/photos_albums
Mail: dakhirsemenov@gmail.com
🎵Music: 300 Violin Orchestra Fast Version
NCM Epic Music Ender Guney
https://www.youtube.com/channel/UCHEioEoqyFPsOiW8CepDaYg
https://twitter.com/freemusiceg16
https://www.facebook.com/NCMmusic16/
I want to remind you once again that we always assumed that such weapons can only be made for the first surprise strike in the enemy’s rear, only for special operations. It is supposed that he must hold out for 35 minutes in the air until the entire ammunition is exhausted, and then he must selfdestruct. As for the fact that it will be destroyed in the first minute, I strongly doubt it. If he was allowed to take off and open fire on the target, consider the case is made, from a distance of 45 kilometers he will crush on the head of the enemy such a number of shells (in the first five seconds) that it will be impossible to react late, that’s for sure. 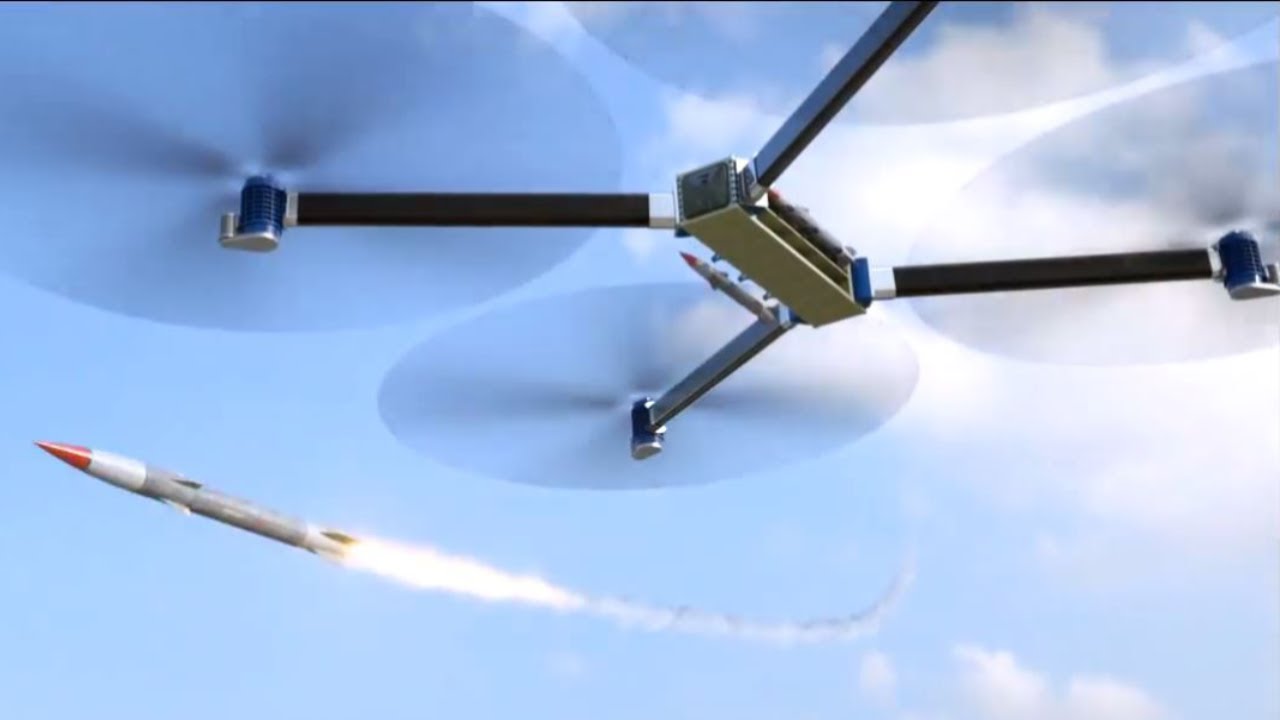