Walking Tall is The Rock’s fourth foray into major motion pictures, and different turn then his previous three trips to the box office. What separates ‘Walking Tall’ from his other films to date is The Rock is left alone as the sole ‘draw’ of this film, without a major franchise (The Mummy Returns, Scorpion King) or other star power (The Rundown with Sean William Scott and Christopher Walken) to draw an audience. Is it a success?

Overall, it’s an enjoyable action film with good a plot, decent characters and acting, and some hard-hitting action sequences. It centres on Chris Vaughn (The Rock), returning home from the Army after many years of service, only to realize it isn’t the place he left all those years ago. A former friend and casino owner Jay Hamilton (Neal McDonough) controls much of the town through gambling, prostitution, and drugs. After Vaughn is attacked in the Casino, and his nephew overdoses on drugs, he teams with his best friend Ray (Johnny Knoxville), becomes the town’s Sheriff, and goes about trying to set things right.

It is The Rock’s movie first and foremost, and his natural charisma and personality are what carries the movie at its core. The Rock plays Chris Vaughn and delivers as well as can be expected, after four films he is definitely looking more in his element. The Rock is supported wonderfully by the surprising Johnny Knoxville (of Jackass fame) who turns in a wonderfully solid and funny performance as Ray, Vaughn’s best friend and later deputy. Neal McDonough plays the main villain of the picture, and although he doesn’t have much to work with outside of being just “the bad guy”, he handles it well, and is matched well against The Rock.

This movie is decidedly ‘heavier’ then Rock’s previous outings, dealing with more significant topics like prostitution and drugs, which gives it a more serious edge. It certainly doesn’t feel like a ‘fun’ film, like all of The Rock’s other movies to date.

That said, I felt Walking Tall was a little bit thin. First and foremost, it ran at a meagre 85 minutes, which was simply not enough time for a movie like this. Although all the necessary plot points were properly established, I felt the movie needed another 20 minutes or so to `breath’. Everything progresses logically, just much too quickly to build the level of suspense and anticipation I think the movie was capable of. As a result, leading up to the climax of the movie, it almost feels like a race to the finish. More character development and background was definitely warranted, as well as greater explanation on certain plot points.

I felt that this was a movie that a studio may have cut for time reasons or ratings (it also felt like it was being squeezed into PG-13), and if that were the case, I’d love to see the full version. I feel it would be a much more complete film, with a better build up, therefore making the payoff mean all that much more.

Overall, I enjoyed Walking Tall, and would recommend it to anyone despite its faults. The Rock is being championed as the next big action star, and I have to agree, he has the charisma, looks and moves to make it far, with Walking Tall being a major ‘step’ in getting him there.

Casino Fight Scene | Walking Tall (2004)
Subscribe For More Movie Clips:
http://www.youtube.com/channel/UC8BSZBsC7723BKrEZnjyNQ
Check out VX Movie Clips’ Facebook Page:
https://www.facebook.com/vxmovieclips/
Walking Tall (2004) Playlist:
https://youtube.com/playlist?list=PLooZTOjSQtMiZxFGn4rSlcaQwA49lZ_Ip
Plot Summary:
Retired soldier Chris Vaughn returns to his hometown only to discover his wealthy high school rival, Jay, has closed the onceprosperous lumber mill and turned the town’s resources toward his own criminal gains. Enlisting the help of his old pal Ray, Chris gets elected sheriff and vows to shut down Jay’s operations. His actions endanger his family and threaten his own life, but Chris refuses to back down until his hometown, now overrun with crime, drugs, and violence, feels like home again.

MY COPYRIGHT DISCLAIMER
FAIR USE
Copyright Disclaimer under section 107 of the Copyright Act 1976, allowance is made for “fair use” for purposes such as criticism, comment, news reporting, teaching, scholarship, education and research. Nonprofit, educational or personal use tips the balance in favor of fair use. Fair use is a use permitted by copyright statute that might otherwise be infringing.
NO COPYRIGHT INFRINGEMENT INTENDED
ALL OF THIS BELONGS TO THE RESPECTFUL OWNERS.
walkingtall therock vxmovieclips

Walking Tall movie clips: http://j.mp/1JaBYbb
BUY THE MOVIE: http://j.mp/J81lyU
Don’t miss the HOTTEST NEW TRAILERS: http://bit.ly/1u2y6pr
CLIP DESCRIPTION:
Buford (Joe Don Baker) catches the craps dealer cheating and a fight breaks out.
FILM DESCRIPTION:
A runaway boxoffice hit to the tune of 17 million dollars, Walking Tall is the unabashedly manipulative story of reallife Tennessee sheriff Buford Pusser. As played by Joe Don Baker, Pusser can either be regarded as a tireless champion of justice or a baseballbatwielding hooligan. But with some of the most scurrilous villains this side of a Republic serial as the main targets of Pusser’s wrath, the audience cannot help but applaud the sheriff’s strongarm methods. When the town baddies seek vengeance by killing Pusser’s wife (Elizabeth Hartman), the youknowwhat really hits the fan! Never resorting to subtlety, Walking Tall was such a winner that it spawned two sequels, a madefortelevision movie, and a weekly TV series none of which were enjoyed by the real Buford Pusser, who had long since died under questionable circumstances. At the time of the film’s theatrical release, the MPAA rating system was comparatively new, so the studio launched an ad campaign aimed at parents, letting them know that the Rrated Walking Tall contained violence and not sex, and therefore was good family entertainment.
CREDITS:
TM \u0026 © Paramount (1973)
Cast: Joe Don Baker, Ed Call, Arch Johnson, Carey Loftin, Kenneth Tobey
Director: Phil Karlson
Producers: Joel Briskin, Mort Briskin, Charles A. Pratt
Screenwriters: Stephen Downing, Mort Briskin, John Michael Hayes
WHO ARE WE?
The MOVIECLIPS channel is the largest collection of licensed movie clips on the web. Here you will find unforgettable moments, scenes and lines from all your favorite films. Made by movie fans, for movie fans.
SUBSCRIBE TO OUR MOVIE CHANNELS:
MOVIECLIPS: http://bit.ly/1u2yaWd
ComingSoon: http://bit.ly/1DVpgtR
Indie \u0026 Film Festivals: http://bit.ly/1wbkfYg
Hero Central: http://bit.ly/1AMUZwv
Extras: http://bit.ly/1u431fr
Classic Trailers: http://bit.ly/1u43jDe
PopUp Trailers: http://bit.ly/1z7EtZR
Movie News: http://bit.ly/1C3Ncd2
Movie Games: http://bit.ly/1ygDV13
Fandango: http://bit.ly/1Bl79ye
Fandango FrontRunners: http://bit.ly/1CggQfC
HIT US UP:
Facebook: http://on.fb.me/1y8M8ax
Twitter: http://bit.ly/1ghOWmt
Pinterest: http://bit.ly/14wL9De
Tumblr: http://bit.ly/1vUwhH7 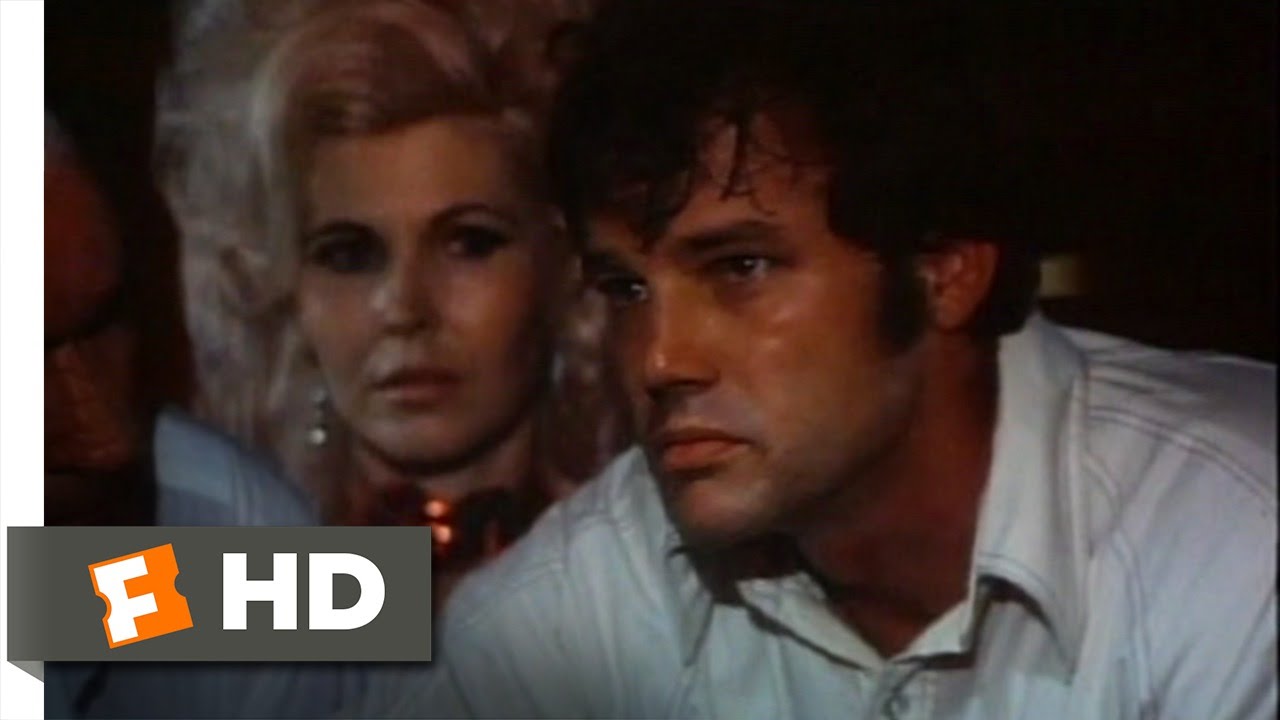 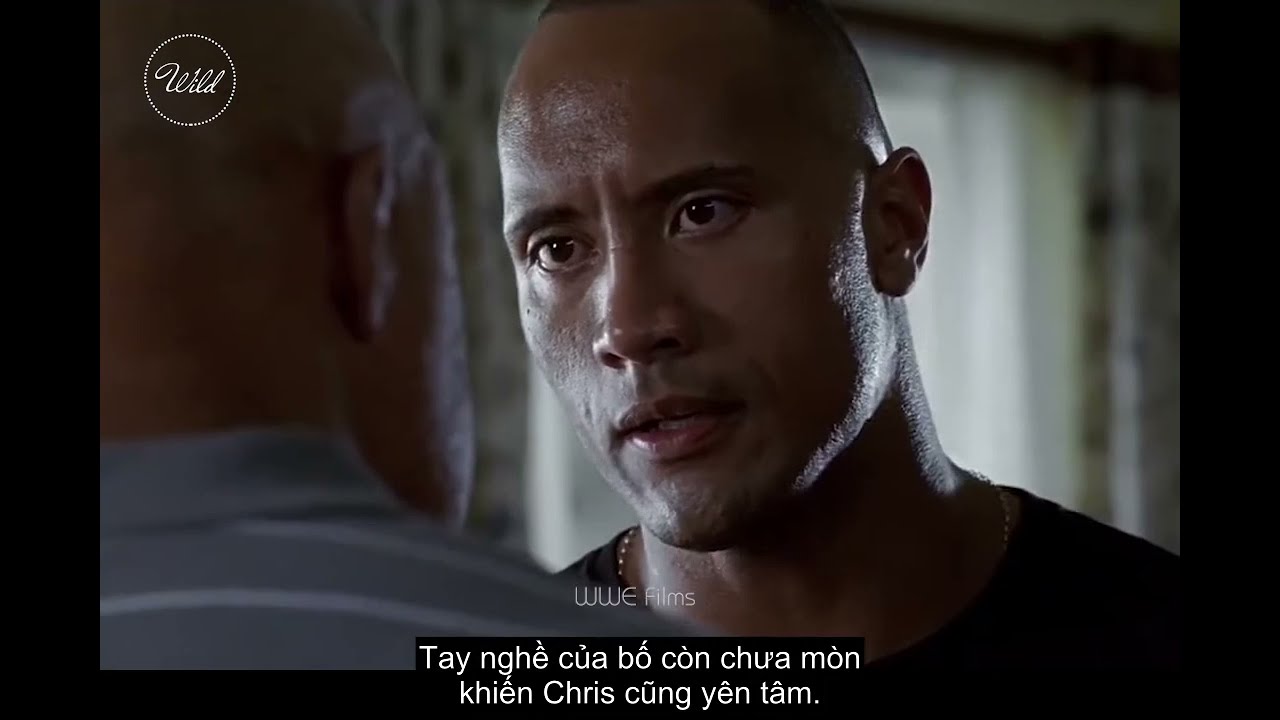