A reforming ex-gangster tries to reconcile with his estranged policeman brother, but the ties to his former gang are difficult to break.

Sung Tse-Ho (Ti Lung) works for the Triad, whose principal operation is printing and distributing counterfeit US bank notes. Ho is a respected member of the organization and is entrusted with the most important transactions. Mark Lee (Chow Yun-Fat), another high-ranking member of the group, is his best friend and partner in crime.

Ho is close to his younger brother, Kit (Leslie Cheung), who is training to become a police officer. Ho keeps his criminal life secret from his brother and encourages Kit’s career choice. Ho’s father is aware of Ho’s criminal activities and appeals to him to go straight. Ho agrees, deciding that his next deal in Taiwan will be his last one before leaving the Triad. Shing (Waise Lee), a new member, is sent along as an apprentice. The deal turns out to be a trap by the Taiwanese gang. A shootout ensues in which Ho and Shing flee, pursued by local law enforcement.

Meanwhile, a gang member attempts to kidnap Ho’s father to ensure Ho’s silence if he is caught by police; in the ensuing fight also involving Kit and his girlfriend, Ho’s father is killed. Just before dying, he pleads with Kit to forgive his brother. Ho eventually surrenders to the police in order to buy time for Shing to escape. After learning of Ho’s capture, Mark finds and kills the Taiwanese gang leader and his bodyguards. However, Mark’s leg is shot in the gunfight, leaving him crippled.

Ho is released from prison three years later. Remorseful and determined to start a new life, he finds work as a driver for a taxi company, run by another ex-con named Ken. Ho spots Mark during one of his shifts; in contrast to the contents of Mark’s letters to him in prison, he realizes that Mark has been reduced to an errand boy for Shing (who is the new leader of the Triad). During an emotional reunion, Mark asks Ho to confront Shing and reclaim their positions in the organization, but Ho refuses.

Ho seeks Kit, now a police officer, out and attempts to reconcile with him, but is disowned by Kit who sees Ho as a criminal and responsible for their father’s death. Additionally, Kit is resentful that his familial tie to Ho is preventing him from professional advancement. In an effort to prove himself to his superiors and further distance himself from his brother’s criminal past, Kit becomes obsessed with bringing down Shing’s criminal group, despite Ho’s warnings to stay away from the dangerous case.

Shing finds Ho and presses him to come back to his organization, offering to reinstate Mark if he returns. Ho flatly refuses. Consequently, Shing begins harassing Ho in order to get him to return, including luring Kit into a trap and injuring Kit, attacking Ho’s co-workers, and having Mark beaten severely. Ho is dismayed but is still hesitant to take action, but an impassioned speech by Mark finally convinces Ho to join Mark in attacking Shing.

Mark steals a computer tape containing printing plate data from the counterfeiting business and wins a shootout with gang members, with Ho arriving to aid Mark’s escape. The film then reveals that it was Shing who betrayed Ho three years ago in Taiwan. Ho and Mark use the tape to blackmail Shing in exchange for money and an escape boat. However, Ho ensures that the tape is passed to Kit to hand to the police. Using Shing as a hostage, Ho and Mark take the money to a pier, where Shing’s men await. There, Ho persuades Mark to escape by himself in the boat.

After Mark leaves, Kit arrives on the scene intending to make an arrest where he is captured by Shing’s men. A deal is made to exchange Shing for Kit, but the trade explodes into a wild shootout. Ho and Kit are wounded, but Mark returns with guns blazing out of loyalty to Ho. After Ho, Kit and Mark kill many of Shing’s men, Mark berates Kit, telling him that Ho’s actions had atoned for whatever wrongdoings he had done in the past. Mark is then killed by Shing.

As the police approach, Shing mocks Ho (who has run out of ammunition), stating that he will surrender, but his money and power will ensure his swift release. Kit, finally seeing eye to eye with his brother, hands Ho a revolver, with which Ho kills Shing. Immediately afterwards, Ho handcuffs himself to Kit, expressing his desire for redemption and his admiration that Kit always walked the right path. The film ends with the reconciled brothers walking together towards the gathered crowd of police.

Sometimes a single scene can make a career; A Better Tomorrow has a scene that made two. Nearly half an hour into John Woo’s film, an implacable Chow Yun-Fat, clad in a trenchcoat and equipped with two pistols, performs a dinner-table assassination, then retreats to retrieve a series of guns previously hidden to allow a safe egress. The whole sequence, which alternates swift action with slow-motion details, plays out in less than two minutes. Still, it proved long enough to establish a new breed of Hong Kong action film and a new type of action star, though its director had labored anonymously for years within the Hong Kong studio system and its star had seen his modest early-’80s success erode by mid-decade. A huge hit in Southeast Asia upon its 1986 release, A Better Tomorrow sent hundreds of would-be Chows into the streets to learn firsthand the foolishness of wearing trenchcoats during Hong Kong summers. This development doubtless disturbed Woo, as it revealed how many fans missed the point. It’s worth noting that in the key scene, Chow suffers an injury that reduces his character to ruin for the remainder of the film, as the whip of violence snaps back with unexpected suddenness. Contradictory though it may be, for all his fetishization of bloodletting, Woo’s work also displays a clear hatred of it, as A Better Tomorrow—only now, alongside its sequel, receiving wide American video release in its original form—ultimately makes clear. As much an examination of the principles of friendship and family as an action film, Tomorrow dusts off an ages-old melodrama plot: the relationship between two brothers, one (Ti Lung) a gangster, the other (Leslie Cheung) a cop. Chow has a supporting role, his character serving as an example of the wages of sin, but he neatly steals the film. In him, Woo found the perfect vehicle for his career-long (not counting last summer’s disappointingly undistinctive Mission: Impossible 2) obsession with the contemporary struggle between good and evil, a theme established here in bold, sweeping strokes. As good as Tomorrow is, Chow and Woo would go on to make even better films together. Though not without its virtues, A Better Tomorrow II isn’t one of them. The first film’s conclusion would seem to prohibit it, but here Chow returns as the never-mentioned twin brother of his character from Tomorrow. He seems a bit squeezed-in, as does some commentary on the first movie’s success and a subplot in which Chow nurses a reformed gangster back from insanity. Overall, ABTII (Woo’s least favorite of his films) plays like a halfhearted remake of its predecessor. Even so, superlative action scenes, particularly a bloody guns-grenades-and-swords finale with a body count to rival the opening scenes of Saving Private Ryan, help wash away many of the flaws. Action for its own sake may not have been the film’s intended point, but it’ll do.

FAIRUSE \”Copyright Disclaimer Under Section 107 of the Copyright Act 1976, allowance is made for \”fair use\” for purposes such as criticism, comment, news reporting, teaching, scholarship, and research. Fair use is a use permitted by copyright statute that might otherwise be infringing. Nonprofit, educational or personal use tips the balance in favor of fair use

Whats the title of this song? 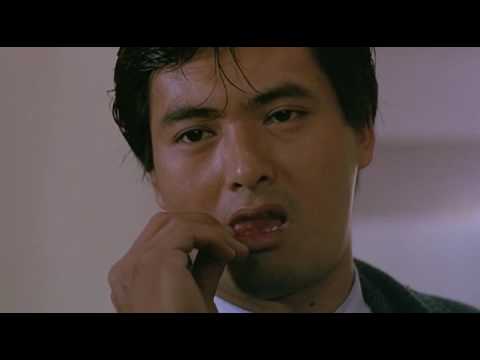 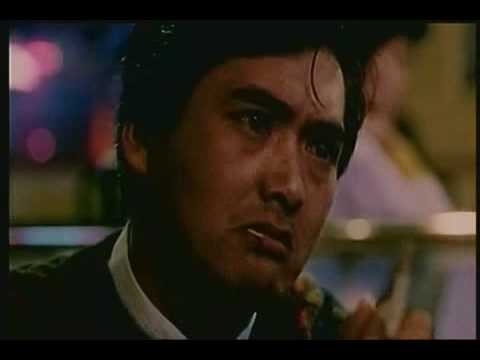 The Badassness of Ti Lung and Chow Yun Fat 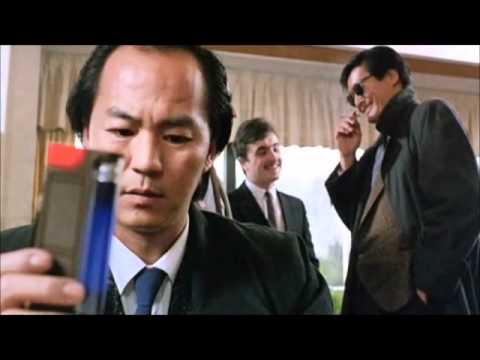