Singaporean director Eric Khoo’s latest production, In the Room, marks the 6th feature film after focusing on series of short films in the recent years. While Khoo wants to explore the theme of love and sex in his latest full length feature, the final work will be a jaw-dropper to his fans, or anyone who has watched his previous films.

In the Room is made up of six different short stories which happen in Singapura Hotel, a fictional hotel which is set in Singapore. Spanning across 6 decades and longer, it focuses on various stories which takes place in Room 27. The story opens with a homosexual couple (Singaporean actors Koh Boon Pin & Daniel Jenkins) discussing if they should stay in Singapore or went to England during World War 2 in Singapore. It continues with how a brothel Madame (Hong Kong actress Josie Ho) who teachers her girls on how to gain the female power from their male clients through training on their vagina during 1950s. During the mid 60’s, a lead singer, Damien (Singaporean actor Ian Tan), met a new chambermaid named Imrah and was attracted to her. Never did he expect that he will lost his life due to drug overdose in a sex, rock and roll New Year’s party. Damien’s spirit brought the audience to the 1970s, where a Thai transsexual is assuring his male partner that he will be alright when he undergo gender reassignment surgery the following day, followed by a bored Japanese housewife (Japanese AV actress Show Nishino) having an affair with a handsome looking Singaporean Chinese young man (Lawrence Wong) during the 1980s. Not to forget that Damien leads the audience to how a Korean couple (Choi Woo Shik and Kim Kkiobi) discussing the importance of love and sex during their holiday in Singapore in the 1990s, which follows by how the demise of Imrah at work leads to the fall of Hotel Singapura.

Khoo has once again explored his usual theme in his movies: loneliness and solitude. Compared to his previous works such as Mee Pok Man (1995), 12 Storeys (1997) and more recently, Tatsumi (2011), Damien’s role serve as an observer across the different eras, where different people are experiencing love and seeking sex to fulfill the loneliness inside them. However, compared to his other films, sex has become an outlet to fulfill their loneliness rather than lust to meet their biological needs. This can be seen from the last three stories in the film, where we see how 1) the Thai transsexual afraid that his male partner will leave her after the operation, 2) the Singaporean young man persuades his Japanese lover to leave her loveless marriage, 3) the Korean lady who constantly feels that she wished to be loved, but it can only be achieved through an orgasm.

In the Room also explores the forbidden relationship between members of the same gender, which this can be seen in the first story, where Koh’s role was reluctant to abandon his family in Singapore despite having the opportunity to move to England with his male partner to seek for their paradise. Female power was also covered here, where Ho advises her girls to provide their male clients with pleasure and dignity, while at the same time taking the dominant role in bed.

Towards the end of the film, Khoo fails to explain the fall of Hotel Singapura. Audience were brought through a very brief glance on how the famous hotel fails to keep up with times, and ended up crumbling at the corner of a highly developed Singapore, where hookers and gangsters infested Hotel Singapure with sleaze and violence. While the cinematography is beautiful, the storytelling was totally messy. At times, it is draggy. Most of the time, it moves so fast, you will wonder what has happened in the first place.

Just like the mess left behind in every hotel room, the audience left the room with a mess in their head. 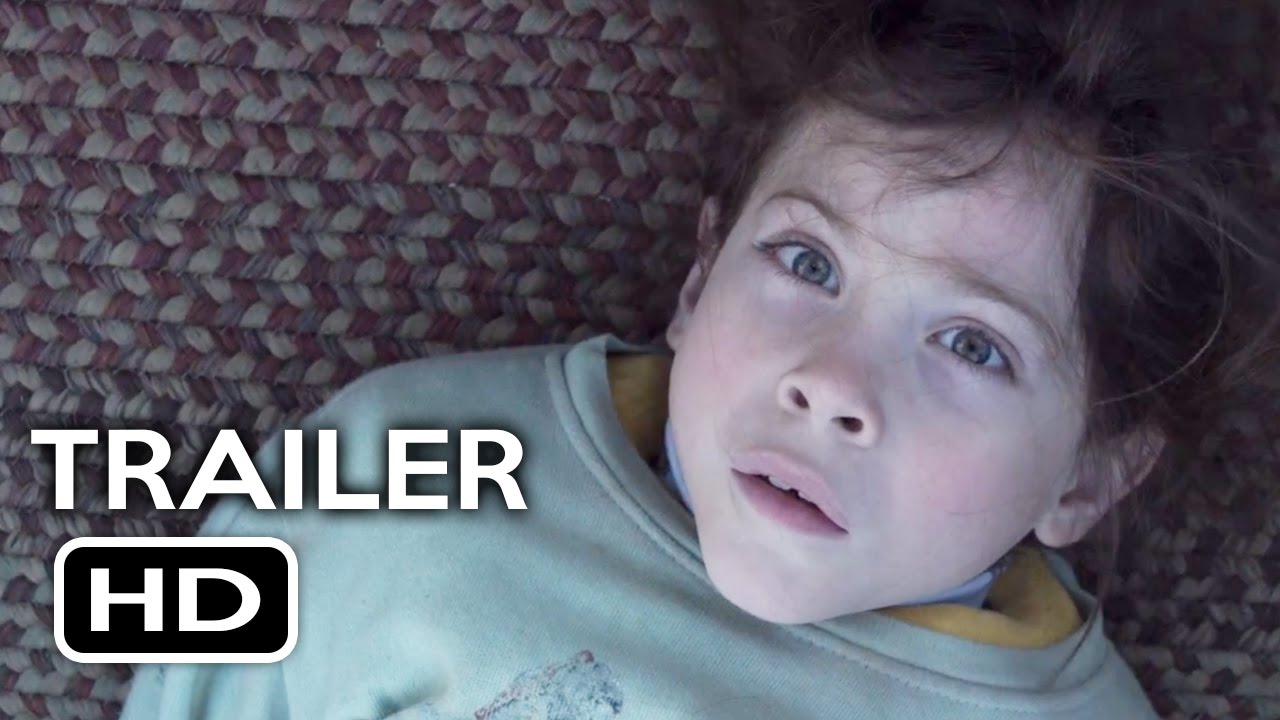 Hey everyone hope you enjoyed the reaction! Secret Life Of Nimh will be coming out at 5:00 P.M. today and after that will be Up! Sorry once again if me crying was too much this movie really got to me.
Instagram channel for updates/if you want to message me!
https://www.instagram.com/NickFlixMovies
Patreon for early access, movie polls, full reactions to my recent movies, and even guaranteeing a movie I watch every month!
Patreon : https://www.patreon.com/NickFlixx
Letterbox: https://letterboxd.com/nmpcnick/
Copyright Disclaimer Under Section 107 of the Copyright Act 1976, allowance is made for \”fair use\” for purposes such as criticism, comment, news reporting, teaching, scholarship, and research. Fair use is a use permitted by copyright statute that might otherwise be infringing. Nonprofit, educational or personal use tips the balance in favor of fair use. NO COPYRIGHT INFRINGEMENT INTENDED. All rights belong to their respective owners. 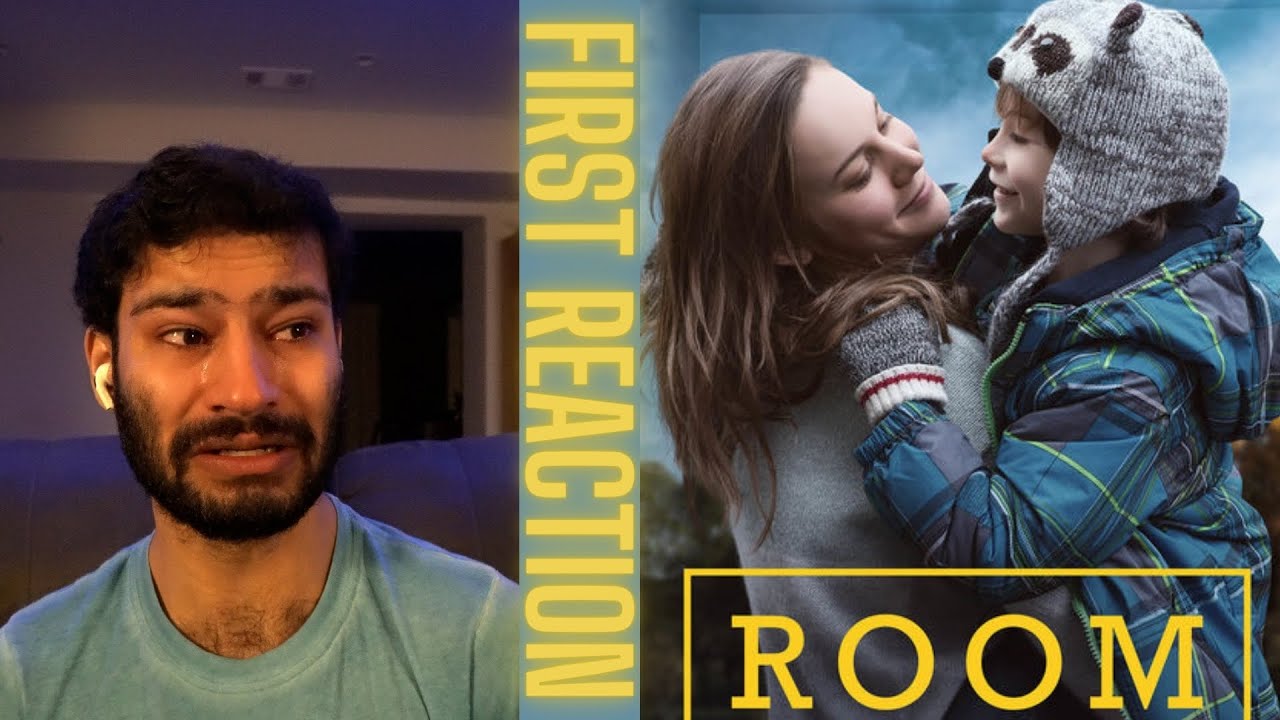 Subscribe to COMING SOON: http://bit.ly/H2vZUn
Subscribe to TRAILERS: http://bit.ly/sxaw6h
Like us on FACEBOOK: http://goo.gl/dHs73
Follow us on TWITTER: http://bit.ly/1ghOWmt
Room Movie CLIP Mother Daughter (2015) Brie Larson, Joan Allen Drama Movie HD
After 5year old Jack (Jacob Tremblay) and his Ma (Brie Larson) escape from the enclosed surroundings that Jack has known his entire life, the boy makes a thrilling discovery: the outside world.
The Fandango MOVIECLIPS Coming Soon channel is the destination for movie clips, interviews, trailers, TV spots, behindthescenes videos, and all promo content for the hottest new movies. Fandango MOVIECLIPS Coming Soon has all the newest content in one place. Good luck getting any work done once you start poking around this channel. 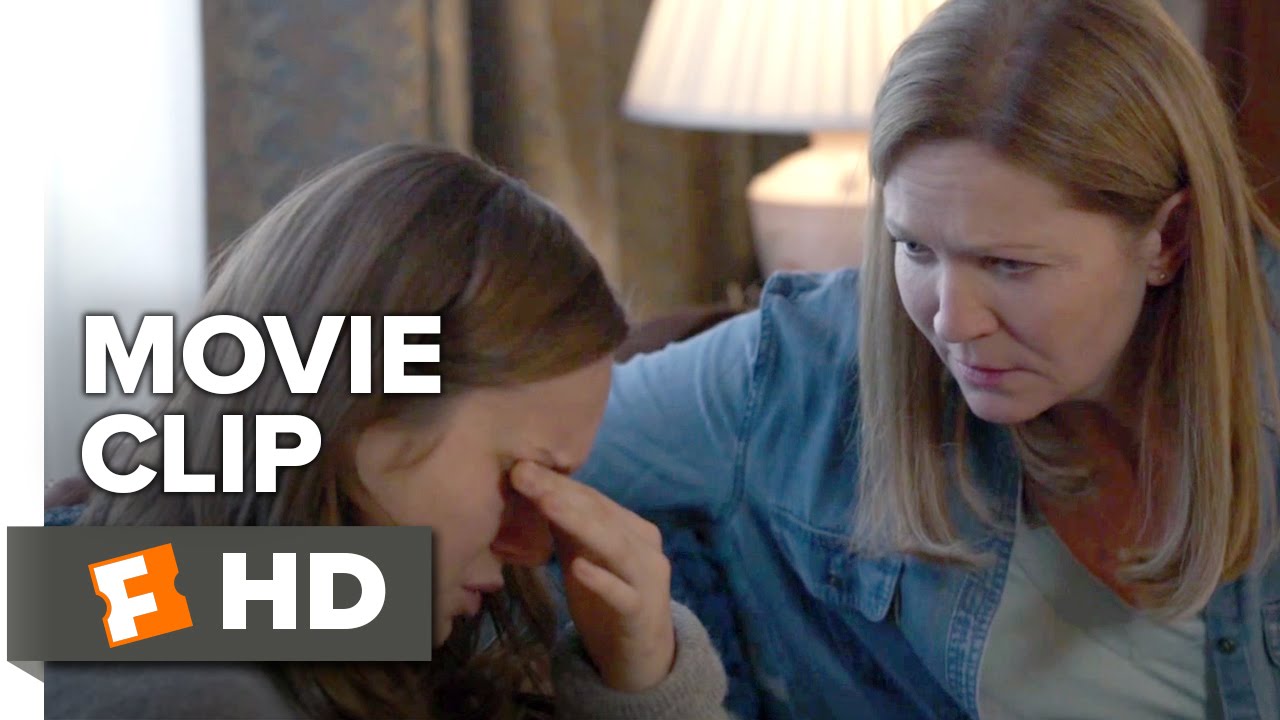 Watch the official trailer to ‘Room’ Starring Brie Larson and Jacob Tremblay. Based on the bestselling novel by Emma Donoghue, ‘Room’ tells a story from the perspective of a fiveyearold boy, Jack, who is being held captive in a small room along with his mother. Donoghue conceived the story after hearing about fiveyearold Felix in the Fritzl case.
Yours to own: https://www.amazon.co.uk/RoomBrieLarson/dp/B01D3S1CR0/ref=sr_1_1?keywords=ROOM\u0026qid=1562080543\u0026s=gateway\u0026sr=81 Find out more at http://www.studiocanal.co.uk 🎥
Sign up for our newsletter http://studiocanalnewsletter.co.uk/subscribe ✉️
Room BrieLarson JacobTremblay StudioCanal StudioCanalUK 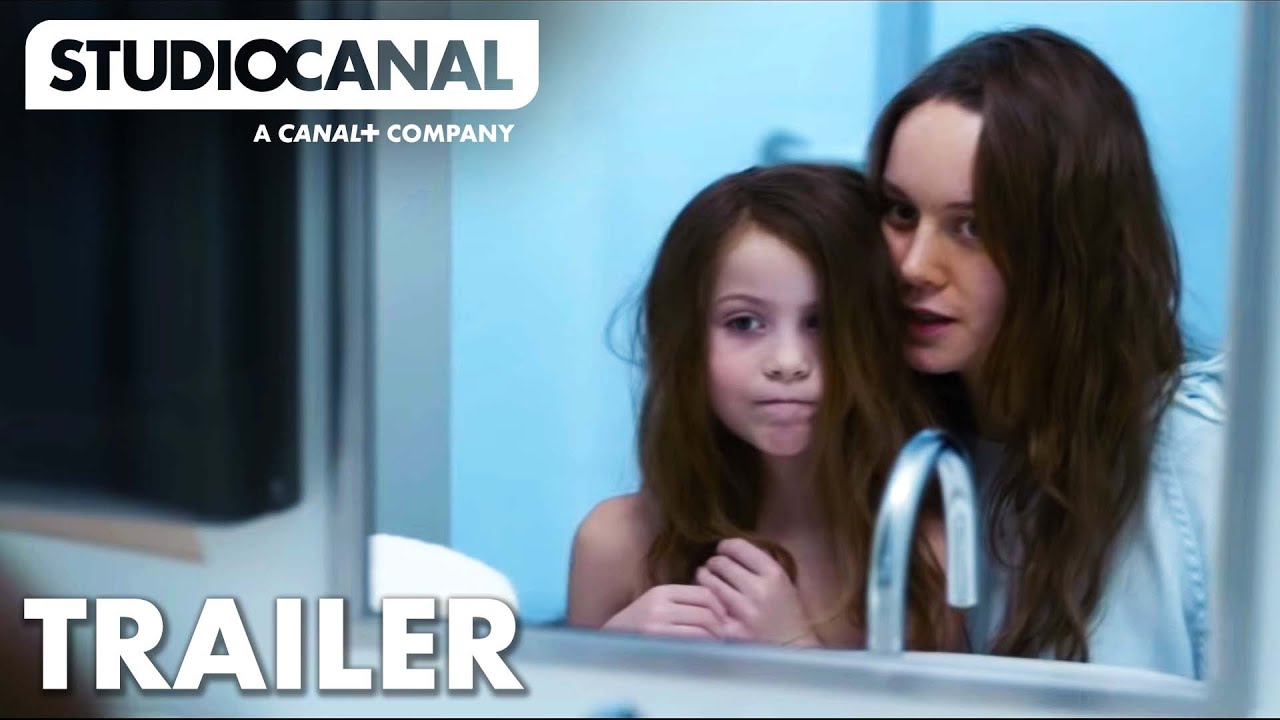 Subscribe to INDIE \u0026 FILM FESTIVALS: http://bit.ly/1wbkfYg
Subscribe to TRAILERS: http://bit.ly/sxaw6h
Subscribe to COMING SOON: http://bit.ly/H2vZUn
Like us on FACEBOOK: http://goo.gl/dHs73
Follow us on TWITTER: http://bit.ly/1ghOWmt
Room Movie CLIP I Wanna See Ma (2015) Jacob Tremblay, Joan Allen Movie HD
After 5year old Jack and his Ma escape from the enclosed surroundings that Jack has known his entire life, the boy makes a thrilling discovery: the outside world.
You’re quite the artsy one, aren’t you? Fandango MOVIECLIPS FILM FESTIVALS \u0026 INDIE TRAILERS is the destination for…well, all things related to Film Festivals \u0026 Indie Films. If you want to keep up with the latest festival news, art house openings, indie movie content, film reviews, and so much more, then you have found the right channel. 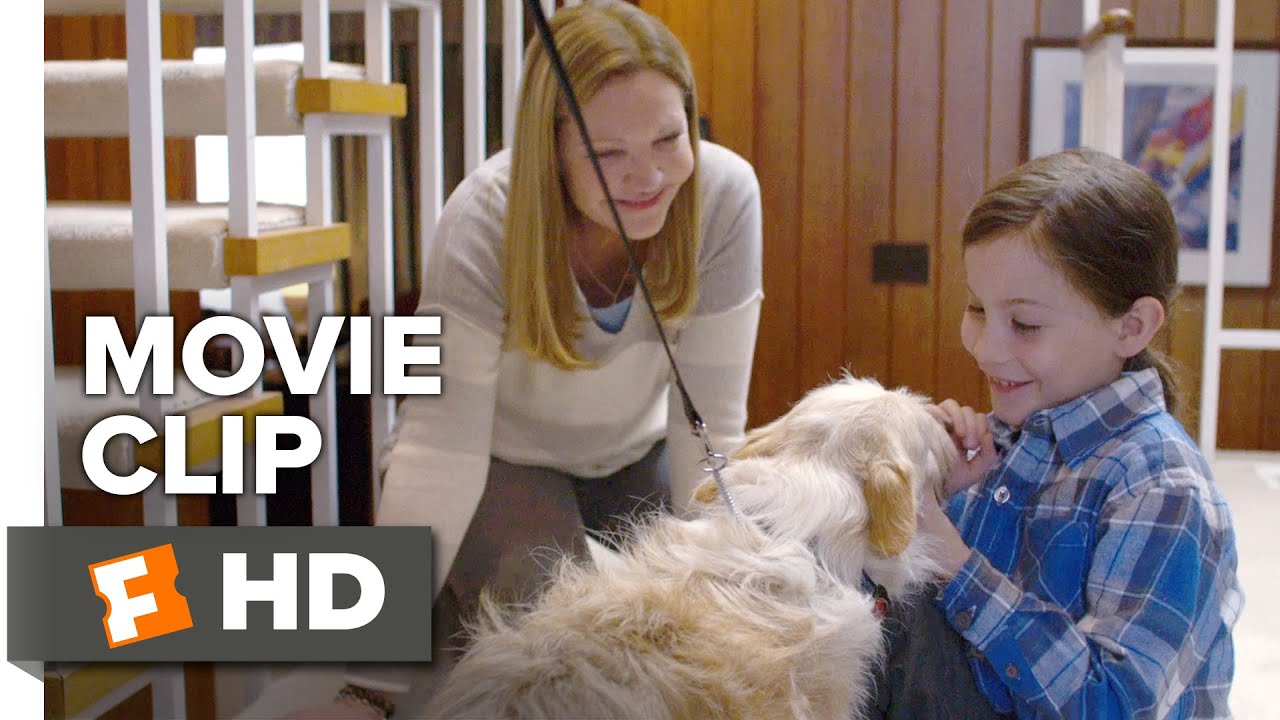