The bizarre true story behind the ‘Changeling’ 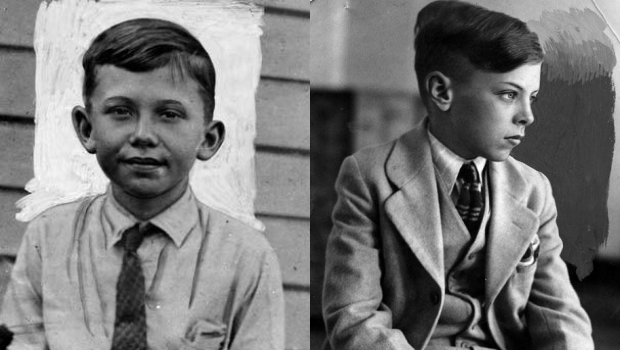 If any story proves the adage “truth is stranger than fiction,” it’s this one.

It began in Los Angeles on March 10th, 1928. Christine Collins, a manager at a telephone company, sent her nine-year-old son Walter to the movies.

She never saw him again, though the Los Angeles police (LAPD) would have loved to convince her otherwise.

When little Walter didn’t return, Collins was at first convinced her son’s disappearance was an act of retribution against the child’s father, a conman and robber who was serving time at Folsom State Prison for armed robbery.

Collins’ cries for help didn’t fall on deaf ears. The case received nationwide attention and the LAPD followed up on hundreds of leads…all for naught. Pressure on local law enforcement increased as the public demanded to know why this boy hadn’t been returned to his mother.

Then, five months after Walter’s disappearance, there was a chilling new development. A boy in Illinois claimed to be Collins’ son. After exchanging letters and photographs, an overjoyed Collins agreed to pay for the child’s train ticket to Los Angeles.

There was only one problem.

When Collins arrived at the happy little reunion the LAPD had arranged, she saw immediately that the boy wasn’t her son. He resembled Walter, but Walter he most definitely was not. And that wasn’t the only thing strange. When the police questioned “Walter” about the kidnapping and how he’d ended up in Illinois, the child’s story didn’t make any sense. Doctors felt the boy was keeping a secret, but they couldn’t coax it out of him. 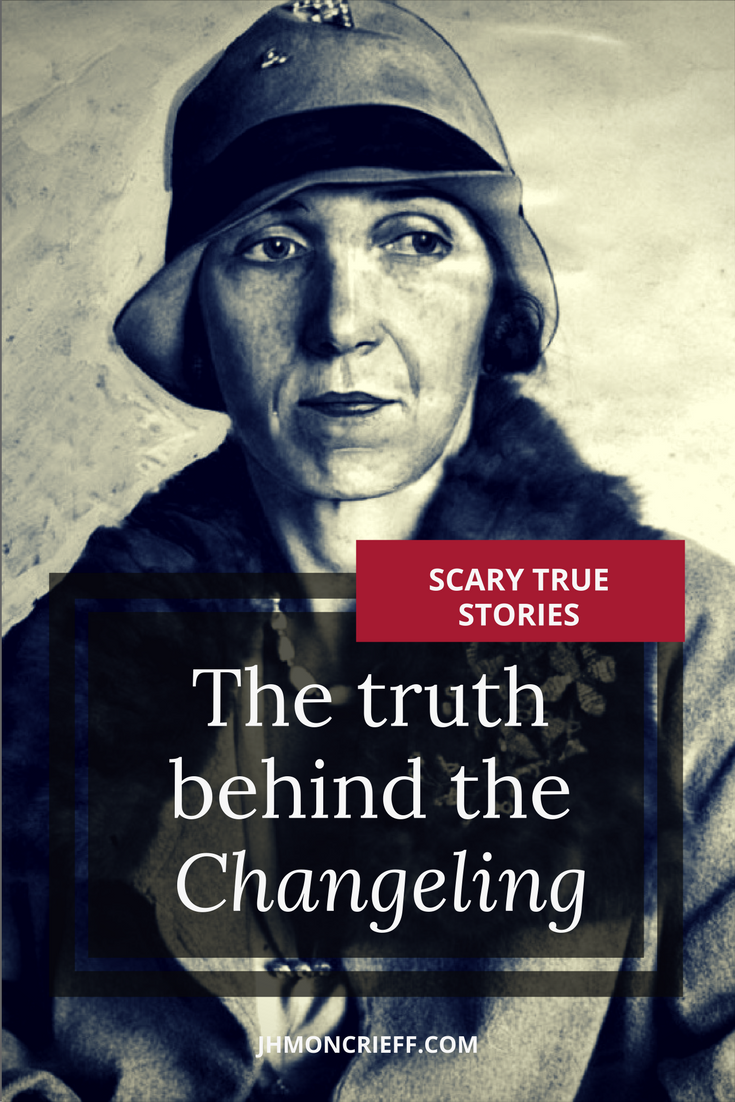 “Try the boy out”

It’s terribly sad, but lots of children go missing. What made this story worthy of a Clint Eastwood movie almost a hundred years later was LAPD Capt. J.J. Jones’s response. Instead of apologizing to Collins, reimbursing the money she’d spent on the boy’s train ticket, and vowing to find her real son, Jones insisted she “try the boy out,” as if he were a new type of toothpaste rather than a child.

Jones was insistent, so Collins struggled to convince herself the strange boy was her son…for THREE weeks. Finally, she’d had enough. This time, she brought Walter’s dental records and an army of friends to the police station with her. Her friends backed her up–they also insisted the child wasn’t Walter Collins.

Rather than back down and admit his mistake, Jones got angry. According to the Los Angeles Times, Jones allegedly accused Collins of shirking her duty as a mother and trying to make fools of the police.

“You are the most cruel-hearted woman I’ve ever known. You are a . . . fool!” he apparently told her. Nice guy, huh?

Not only did Jones refuse to believe Collins’ protests that the boy was not her son, he had the poor woman COMMITTED to a psychiatric ward! But he must have had his own doubts by then, because during the first five days she was in the hospital, Jones extracted a startling confession from the changeling. Finally, the child admitted he was not Walter Collins. His name was Arthur Hutchins. He was a twelve-year-old runaway who’d pretended to be Walter so he could get a free trip to Hollywood and meet his favourite stars.

Collins was finally released from the hospital TEN days after Hutchins confessed, and she immediately sued Jones and the LAPD. She won, but never saw a penny of the judgement.

So what happened to the real Walter Collins? Sadly, trial testimony showed he was a victim of Sarah and Gordon Northcott, mother-and-son serial killers who had kidnapped, sexually assaulted, and murdered a number of young boys.

Understandably, Collins was not so convinced. While Gordon confessed to murdering Walter, he kept changing his story. When he couldn’t recall Walter’s eye colour or clothing, or in fact ever meeting the boy, it gave the grieving mother hope her child was still alive.

Collins continued to search for her son until her own death on December 8, 1964.

Have you heard this scary true story before? Why do you think the police were able to get away with such bizarre

(Please be sensitive in your comments, keeping in mind that the Collins or Jones families and friends may read this post. If you have any information on this case, please contact the LAPD at 1-877-527-3247. This tip line is completely anonymous.)

PPS…Don’t forget to join my Hidden Library for free books and a new mysterious, eerie, spooky post each week!

Toward the end of Clint Eastwood’s “Changeling,” in what is perhaps the only lighthearted scene in this rigorously somber film, Christine Collins, the heroine, is invited by some of her phone company co-workers, and then by her boss, to go out on the town and listen to the Academy Awards radio broadcast. The year is 1935, and “It Happened One Night” is Christine’s pick for best picture, but it’s hard to avoid interpreting this moment as a none-too-subtle wink directed at present-day moviegoers and Academy voters. Christine begs off — she just has too much work — and it goes without saying that on Feb. 22, Angelina Jolie, who plays her, will have to make similar excuses. She won’t be watching the Oscars with the likes of us; we’ll be watching her.

That seems to be the plan behind “Changeling,” at any rate, an ambition telegraphed a shade too blatantly in the many close-ups of Ms. Jolie’s extraordinary face, which is by turns tear-streaked, stoical, crestfallen and howling. To watch her trace Christine’s harrowing emotional passage — a series of flights from anxiety to terror, from grief to rage, pausing occasionally at calm defiance or tremulous hope — is to witness an undeniable tour de force of screen acting. It insists on being regarded as a great performance and may, indeed, be mistaken for one.

In the past five years Mr. Eastwood has enabled more first-rate, laurel-worthy acting than just about any other American filmmaker. There was Ken Watanabe in “Letters From Iwo Jima”; Ryan Philippe in “Flags of Our Fathers”; Hilary Swank and Morgan Freeman (and Mr. Eastwood himself) in “Million Dollar Baby”; everybody in “Mystic River.” All of these actors, taking advantage of the director’s famously efficient, low-stress approach, were able to stretch out in the zone between realism and melodrama, to explore their characters’ raw nerves, tender spots and psychic calluses.

Ms. Jolie, in contrast, hurtles through “Changeling” as if it were the latest installment in the Lara Croft action franchise, sustaining a pitch of intensity that turns Christine at once into a vivid icon of suffering and something of a blur. The character, as imagined in J. Michael Straczynski’s script, is as flat as a nickel. Each side is stamped with the likeness of a familiar movie archetype — victim of circumstance on one, crusader against injustice on the other — and Ms. Jolie composes her features and adjusts her voice accordingly when it comes time to flip.

Changeling movie clips: http://j.mp/15w2RIq
BUY THE MOVIE: http://amzn.to/uA93jA
Don’t miss the HOTTEST NEW TRAILERS: http://bit.ly/1u2y6pr
CLIP DESCRIPTION:
Christine (Angelina Jolie) tries to reason with Captain J.J. Jones (Jeffrey Donovan) and blows up at Walter’s imposter for calling her \”mommy.\”
FILM DESCRIPTION:
Los Angeles, 1928: On a Saturday morning in a workingclass suburb, Christine said goodbye to her son, Walter, and left for work. When she came home, she discovered he had vanished. A fruitless search ensues, and months later, a boy claiming to be the nineyearold is returned. Dazed by the swirl of cops, reporters and her conflicted emotions, Christine allows him to stay overnight. But, in her heart, she knows he is not Walter. As she pushes authorities to keep looking, she learns that in Prohibitionera L.A., women don’t challenge the system and live to tell their story. Slandered as delusional and unfit, Christine finds an ally in activist Reverend Briegleb, who helps her fight the city to look for her missing boy.
CREDITS:
TM \u0026 © Universal (2008)
Cast: Jeffrey Donovan, Angelina Jolie
Director: Clint Eastwood
Producers: Clint Eastwood, Brian Grazer, Ron Howard, Geyer Kosinski, James Whitaker, Tim Moore, Robert Lorenz
Screenwriter: J. Michael Straczynski
WHO ARE WE?
The MOVIECLIPS channel is the largest collection of licensed movie clips on the web. Here you will find unforgettable moments, scenes and lines from all your favorite films. Made by movie fans, for movie fans.
SUBSCRIBE TO OUR MOVIE CHANNELS:
MOVIECLIPS: http://bit.ly/1u2yaWd
ComingSoon: http://bit.ly/1DVpgtR
Indie \u0026 Film Festivals: http://bit.ly/1wbkfYg
Hero Central: http://bit.ly/1AMUZwv
Extras: http://bit.ly/1u431fr
Classic Trailers: http://bit.ly/1u43jDe
PopUp Trailers: http://bit.ly/1z7EtZR
Movie News: http://bit.ly/1C3Ncd2
Movie Games: http://bit.ly/1ygDV13
Fandango: http://bit.ly/1Bl79ye
Fandango FrontRunners: http://bit.ly/1CggQfC
HIT US UP:
Facebook: http://on.fb.me/1y8M8ax
Twitter: http://bit.ly/1ghOWmt
Pinterest: http://bit.ly/14wL9De
Tumblr: http://bit.ly/1vUwhH7 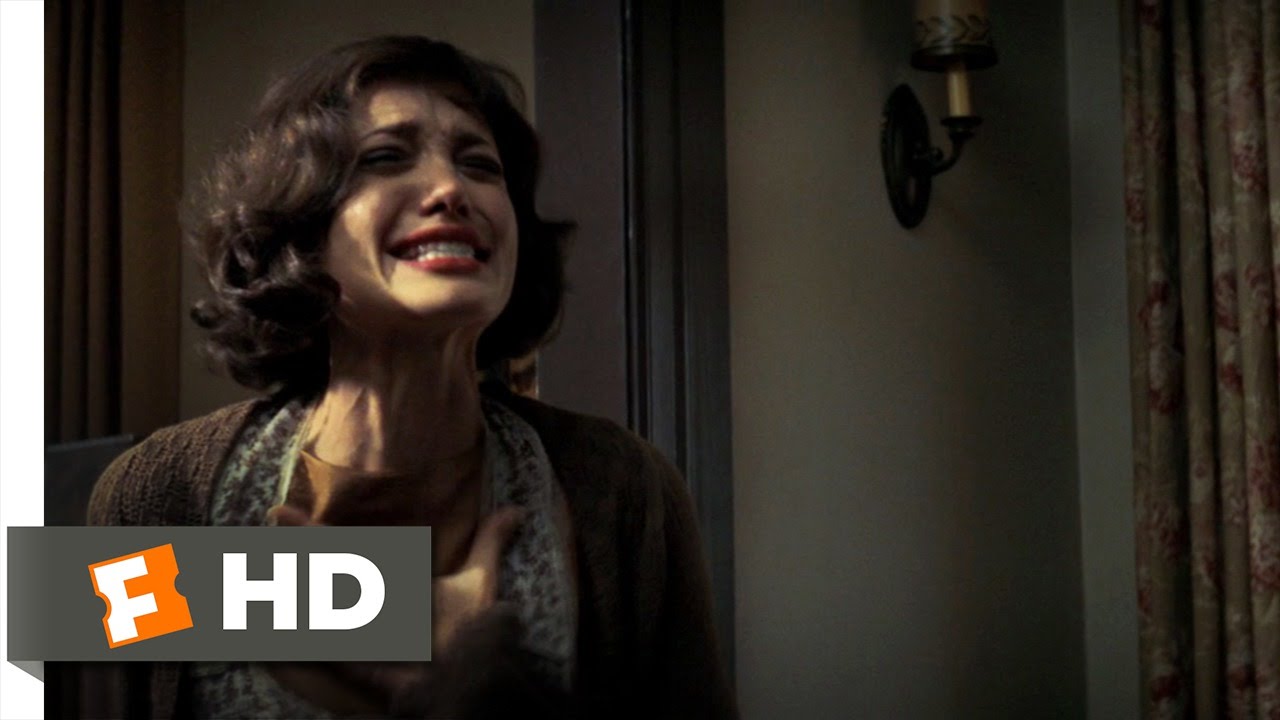 Why is it that I can never play it properly when the camera is there? It’s as if I make myself nervous! 😀 Anyway, here it is. This is my take on the end titles piece from the movie The Changeling. I think the music was composed by director and actor Clint Eastwood 🙂 Hope you all enjoy xx 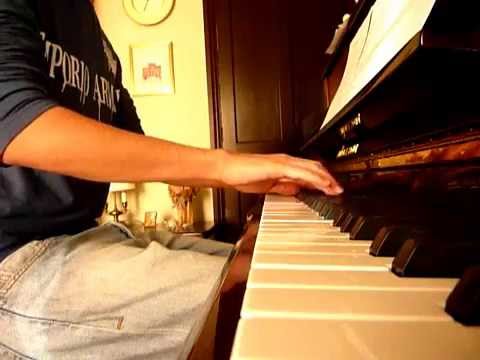 Email : faktafilmyt@gmail.com
Youtube : youtube.com/faktafilmid
Instagram : https://www.instagram.com/faktafilmid/
Website :
Backsound :
Copyright Disclaimer: Under Section 107 of the Copyright Act 1976, allowance is made for \”fair use\” for purposes such as criticism, comment, news reporting, teaching, scholarship and research. Fair use is a use permitted by copyright statute that might otherwise be infringing. Nonprofit, educational or personal use tips the balance in favor of fair use. 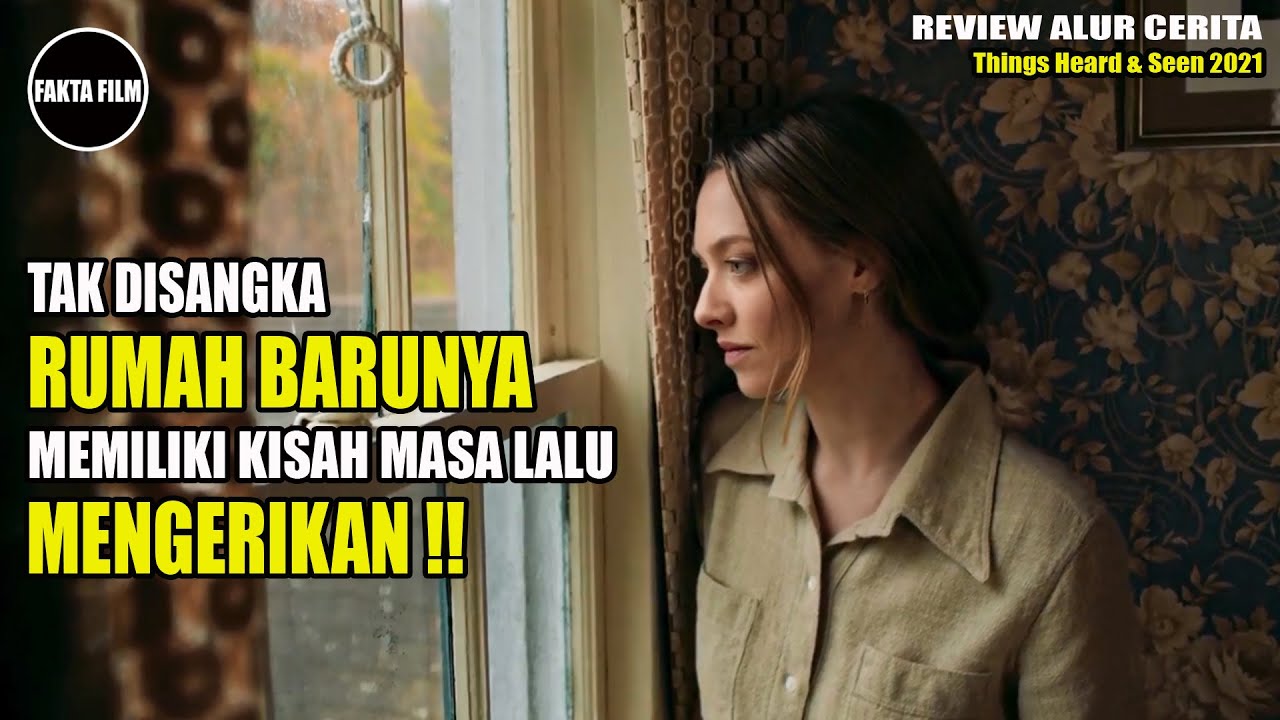 Like, Comment, Share and Subscribe for more videos! Thank you
Support me on Patreon: https://www.patreon.com/user?u=8580945
Changeling is a 2008 American mystery thriller film directed, coproduced and scored by Clint Eastwood and written by J. Michael Straczynski, that explores child endangerment, female disempowerment, political corruption, mistreatment of mental health patients, and the repercussions of violence. The script was based on reallife events, specifically the 1928 Wineville Chicken Coop Murders in Mira Loma, California. The film stars Angelina Jolie as a woman reunited with a boy whom she immediately realizes is not her missing son. When she tries to demonstrate this to the police and city authorities, she is vilified as delusional, labeled as an unfit mother, and then confined to a psychiatric ward.
Straczynski spent a year researching the story after hearing about the Wineville Chicken Coop case from a contact at Los Angeles City Hall. Almost all of the film’s script was drawn from thousands of pages of documentation. His first draft became the shooting script; it was his first film screenplay to be produced. Ron Howard had intended to direct the film, but scheduling conflicts led to his replacement by Eastwood. Howard and his Imagine Entertainment partner Brian Grazer produced Changeling alongside Malpaso Productions’ Robert Lorenz and Eastwood. Universal Pictures financed and distributed the film.
Directed by
Clint Eastwood
Produced by
Clint Eastwood
Brian Grazer
Ron Howard
Robert Lorenz
Written by
J. Michael Straczynski
Starring
Angelina Jolie
John Malkovich
Music by
Clint Eastwood
Cinematography
Tom Stern
Edited by
Joel Cox
Gary D. Roach
Production companies
Imagine Entertainment
Malpaso Productions
Relativity Media
Distributed by
Universal Pictures
Release date
October 24, 2008
Running time
141 minutes
Country
United States
Language
English
Budget
$55 million
Box office
$113 million 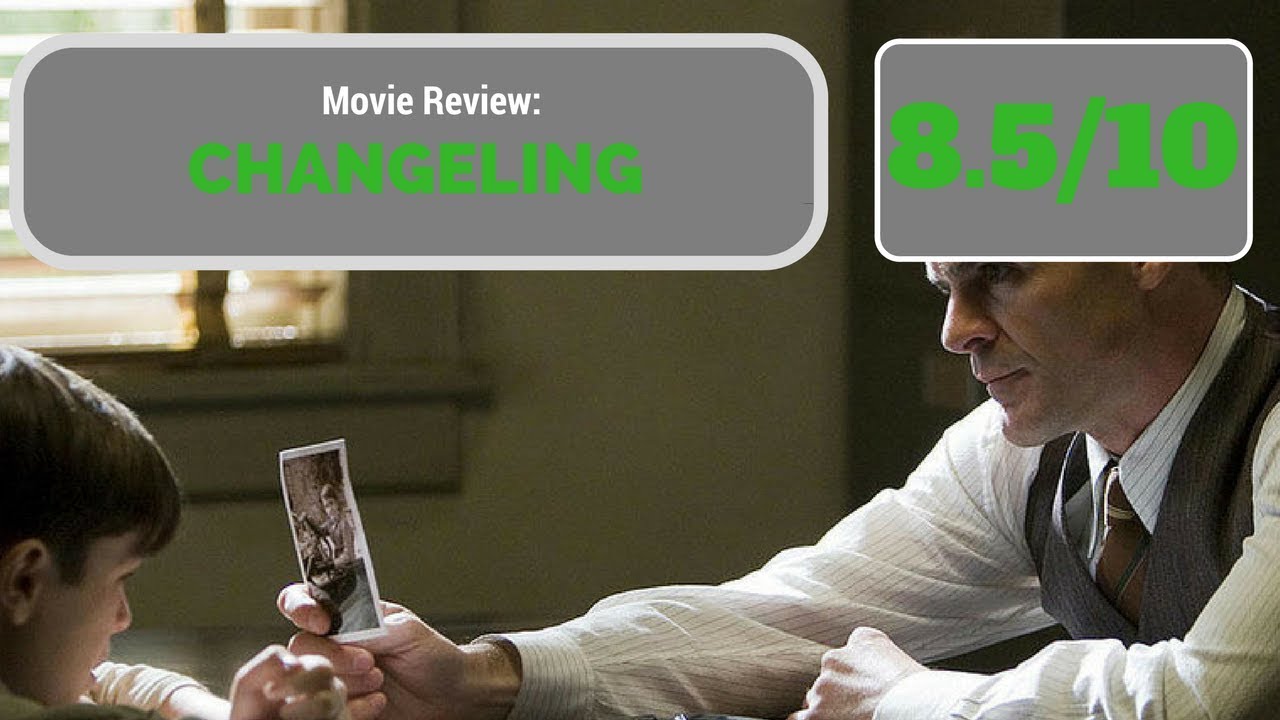